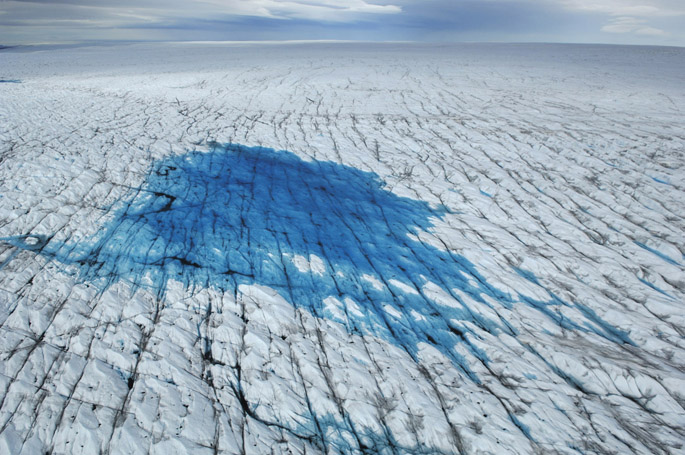 GREENLAND – Word spread fast at the Kangerlussuaq International Science Support facility in Greenland: One of the bridges along Greenland’s longest road was now under the raging Watson River.

A research team was almost stranded on the far side of the bridge by the roaring water, and when they returned they warned Rutgers professor Åsa Rennermalm and her team, who were just about to head out to set up their field camp at the end of the road. Rennermalm opted to wait until the next morning when the temperature—and glacially fed river—would be lower to venture out to her research site.

Rennermalm’s team was delayed on July 15, just two days before one of the Greenland Ice Sheet’s three 2018 meltwater peaks, which occurred on July 17, July 31, and August 9. Summer is Greenland’s “melt season,” and these three “significant melt events” encompassed around 193,000 square miles—around one-third of the Greenland Ice Sheet’s surface—according to the National Snow and Ice Data Center. These melting events weren’t as severe as 2012’s extreme season, which led to a surface melt of over 97 percent of the ice sheet and washed out a major bridge along the same road, but researchers are concerned and many are investigating the ice sheet to see just how fast it’s disappearing...