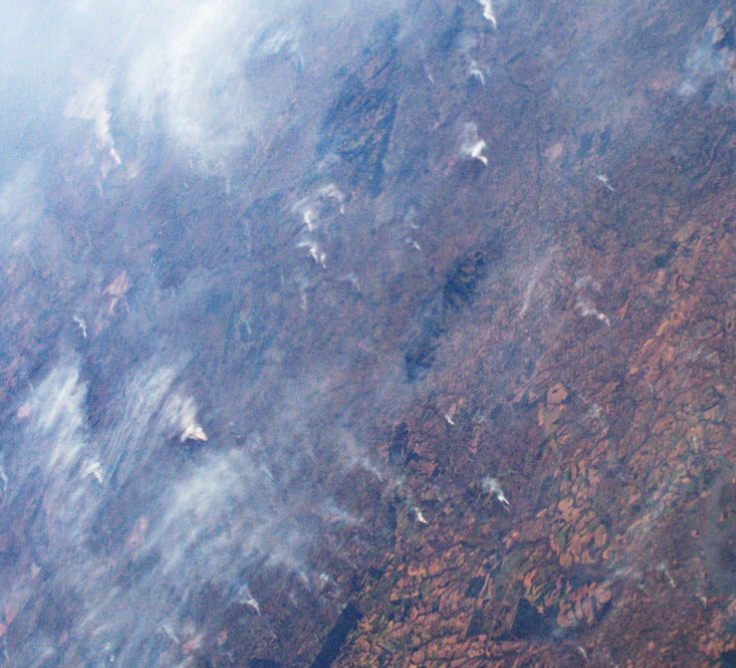 Amidst the devastating fires claiming thousands of acres of primary Amazonian forest, Dr. Laura Schneider, Associate Professor of Geography at Rutgers, has urged caution in qualifying the ecological damage and expected climate impacts of the burn. As a biogeographer specializing in land-change science, Dr. Schneider has been studying tropical forests following environmental disturbances for over two decades. Her primary research sites have been in the Yucatán Peninsula, Mexico, but she has also studied silvopastoral landscapes in the Ecuadorian Amazon and begun more recent research, supported by a Fulbright Distinguished Chair Award in Biodiversity, to study deforestation in Colombia.

Speaking to The New York Times for its front-page August 28 story, Dr. Schneider placed the current Amazon fires in the context of longer-standing local systems of fire management and use. She noted how indigenous communities have historically used fire to cultivate small plots of agriculture, which have been returned to forest use after crop harvest: “It’s important to mention that they are able to control those fires. And again, the unusual thing right now is that these fires are a little bit out of control,” said Dr. Schneider.

Dr. Schneider's views on tropical deforestation and its relationships to environmental regulation and human disturbance has been similarly covered by The Washington Post, AP, and USA Today this week, where she's added that

“The current fires in the Amazon are of concern, but these events are not unusual. In the last 20 years, the Amazon has experienced more incidences during periods of drought, which typically begin in August.... What is unusual this time is that the region is not experiencing drought yet.”“Another important point to consider is that fires in the Amazonian rainforest rarely occur naturally and are usually anthropogenic in origin,” Schneider said. “Fire is commonly used by farmers and indigenous groups to clear land for cultivation. Those fires, however, rarely end up as wildfires. Indigenous groups know how to use and control fires for cultivation, as they have done for centuries. Finally, to understand the true extent of the damage to the forest, it is important to translate the number of fire incidences to the actual area burned. This data will take a little longer to obtain, and only on that basis can we compare the current fires with past fires.”

For more on Dr. Schneider's research, visit her faculty webpage, or her recent paper in Nature on tropical deforestation in Colombia.