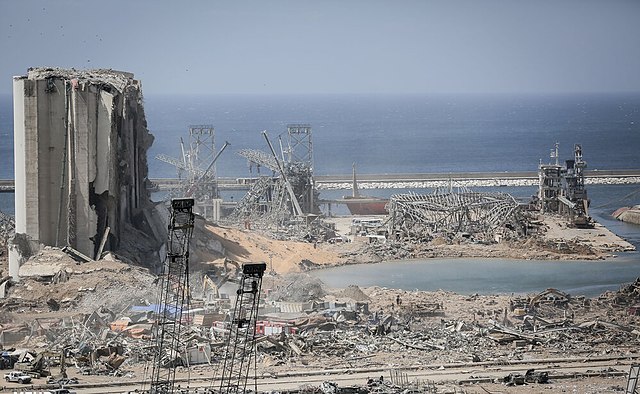 Visiting Assistant Professor Mazen Labban recently published "On the #BeirutBlast and the Environmental Violence of Capital" in the journal Capitalism, Nature, Socialism's online platform. Dr. Labban, a senior editor at CNS, trenchantly places the devastation wrote in Beirut on August 4, 2020 in the context of more than three-dozen accidental explosions of ammonium nitrate, the key material used in the increasingly distributed networks of extractive capital uses for mining. Describing what he calls the "deterritorialization of extraction" and the "reterritorialization of environmental violence," while also unpacking a complex story of the corrupt entanglement of political capital with financial capital in Lebanon, Labban shows how "by confiscating the shipment of ammonium nitrate the custom authorities at the port of Beirut rendered the city an extension of the mining and construction operations of FEM in Mozambique and elsewhere across the African continent." Ironically, Labban writes, "Beirut became accidentally enrolled in those networks by interrupting the circulation of commodities intended for extractive operations."

To read about Dr. Labban's research on extractive capital and what he terms the planetary mine, visit his academia.edu profile.