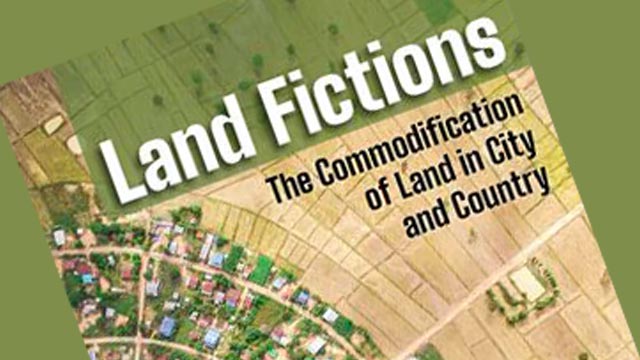 A new book, co-edited by D. Asher Ghertner, Associate Professor, and Robert W. Lake, Professor Emeritus, at Rutgers Geography explores the common storylines, narratives, and tales of social betterment that justify and enact land as commodity. Titled Land Fictions: The Commodification of Land in City and Country, the book interrogates global patterns of property formation, the dispossessions property markets enact, and the popular movements to halt the growing waves of evictions and land grabs. The book was published by Cornell University Press in March 2021.

The collection brings together original research on urban, rural, and peri-urban India; rapidly urbanizing China and Southeast Asia; resource expropriation in Africa and Latin America; and the neoliberal urban landscapes of North America and Europe. Through a variety of perspectives, Land Fictions finds resonances between local stories of land’s fictional powers and global visions of landed property’s imagined power to automatically create value and advance national development. The essays collectively advance understanding of the politics of land while also contributing to current debates on the intersections of local and global, urban and rural, and general and particular.

This book began as the Eighth Biennial MaGrann Conference held in the Department of Geography at Rutgers in May 2015. The original concept motivating the conference stemmed from the observation that urban and rural processes of dispossession were becoming increasingly intertwined, and that understanding land commodification—what Karl Polanyi famously called “the weirdest of all undertakings”—required bringing the agrarian question to town (Chari 2004) and the urban question to the countryside. Recognizing the extent to which financial models, land marketization schemes, and development policy themselves were moving between city and country—such as the intersecting developmentalist calls to close agricultural yield gaps and capture urban rent gaps—Ghertner and Lake's claim was that critical development studies and the respective urban and agrarian fields needed to take bolder steps to learn from each other’s rich but stubbornly nonconversant traditions. Assembling a mix of urbanists and agrarianists with deep familiarity with land and environmental politics in diverse national contexts spanning the global North and South proved highly generative in identifying shared storylines driving the intensifying patterns of land commodification so many of us had been observing over years of fieldwork. By focusing on the powers of persuasion that go into narrating land as first-and-foremost an object of commodifiable potential, we played with Polanyi’s concept of commodity fiction, operationalizing it not as an empirical condition—a “crude fiction,” as Polanyi put it, given by or inherent within market society—but rather an active process of storytelling.

Land Fictions is available directly from the publisher at a 30% discount using the code 09FLYER.