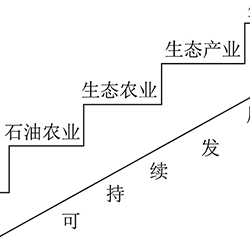 The paper is titled: Making Ecology Developmental: China's Environmental Sciences and Green Modernization in Global Context. A timely aspect of this publication is that it precedes, by a month, the third meeting of the COP 15 biodiversity conference in Kunming, China - titled "Ecological Civilization" Building a Shared Future for All Life on Earth."

The abstract: Although the science of ecology is often understood in antimodernizing terms, this article shows how ecology in China has become a means to articulate green modernization and sustainable development. As scholars predominantly focus on the policy rhetoric surrounding China’s national modernization and sustainable development program called “ecological civilization building,” the origins of how ecology came to take on developmental meanings remain obscure. This article highlights moments of global exchange and knowledge production by Chinese Marxists, earth systems scientists, and economists that produced eco- developmental logics. These logics define an interventionist role for the state, frame urbanization as moral progress, and refashion the role of the peasantry from the revolutionary vanguard to a backward social force impeding modernization. Ecological sciences in China, therefore, lay an epistemological foundation for legitimizing state-led technocratic practices of socioenvironmental engineering and naturalizing social inequalities between “urban” and “rural” people. In highlighting Chinese scientists’ agency in producing knowledge, this article counters diffusionist accounts of science as singular systematically organized branches of knowledge that emanate from the West. Instead, I demonstrate how ecology is contingent on the historical and political conditions through which it takes on meaning. In the context of China, ecology has become integral to environmental governance, state formation, and uneven relations of power.